Rasuwa/Chitwan, bandle janjivan prabhavit, cylinder bomb vishfot. Rasuwa/Chitwan/November 11 Nepal Army's bomb disposal team has defused a socket bomb planted by an unidentified group at Shundhara Higher Secondary School of Dhaibung VDC-2 on November 11. The local people had informed police after finding the suspicious object. The school is used as a polling booth for the upcoming CA elections. The socket bomb was hanged in the window of the school. District Police Office has informed that the bomb was planted by CPN-M. Similarly, a cylinder bomb planted by an unidentified group has gone off in Tandi of Ratnagar Municiaplity-2 in Chitwan. However, no human casualties have occurred due to the incident. The District Police Office informed that suspicious devices have been found in different areas of the city. Police claimed that the devices were planted to terrorize the locals.
Elections
http://www.cleanelection.org/content_detail.php?type=news&id=946&lang=en
http://www.inseconline.org/index.php?type=news&id=42881&lang=np

Cadre of CPN-UML seriously injured in police beating in Dhankuta 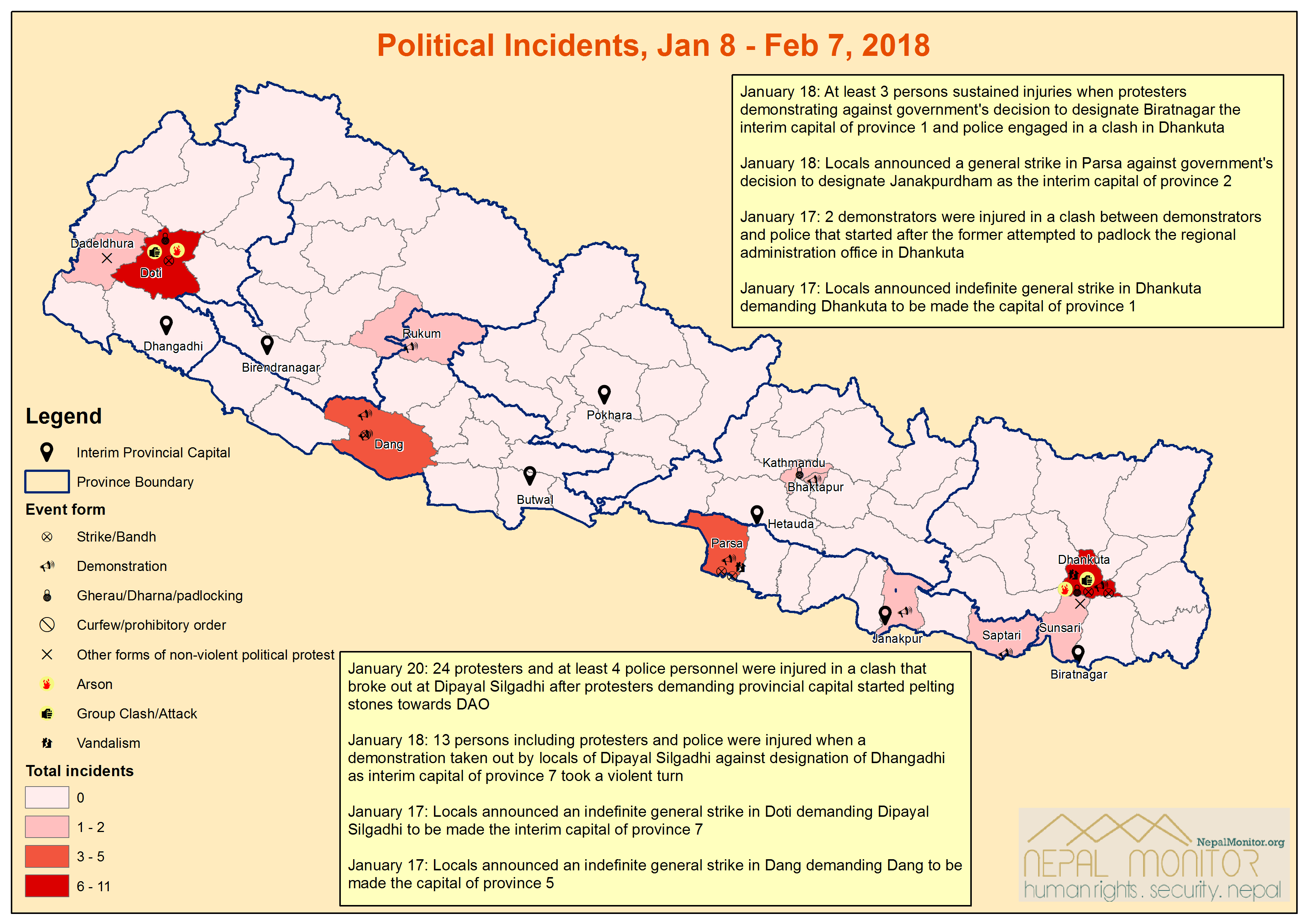